Impulse of Joy. The Painter Aris Kalaizis and the Actor Christian Berkel 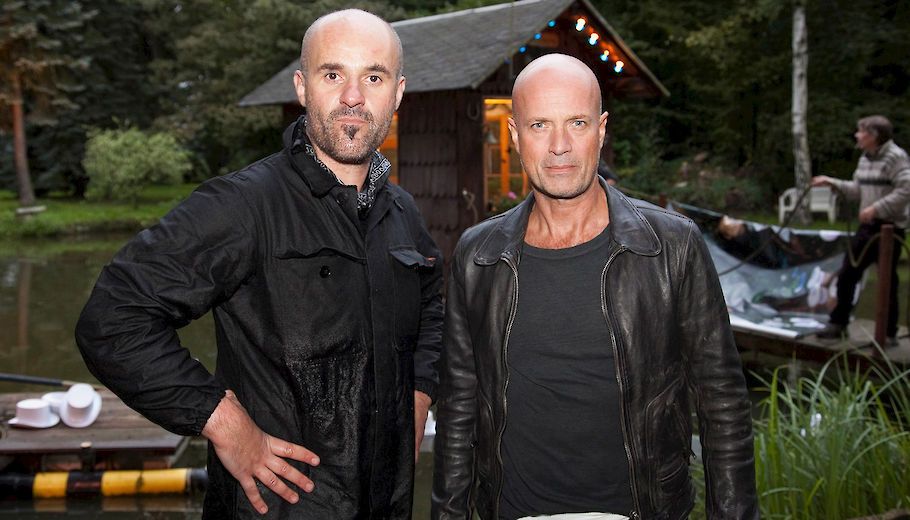 It was a few years ago during his exhibition in the „Spinnerei“ of Leipzig, Germany. Aris Kalaizis met the actor couple Andrea Sawatzki and Christian Berkel - and a friendship was estaiblished. Aris has meanwhile also done of either one of them. The fact that Christian may now become Aris`co-worker is a first. 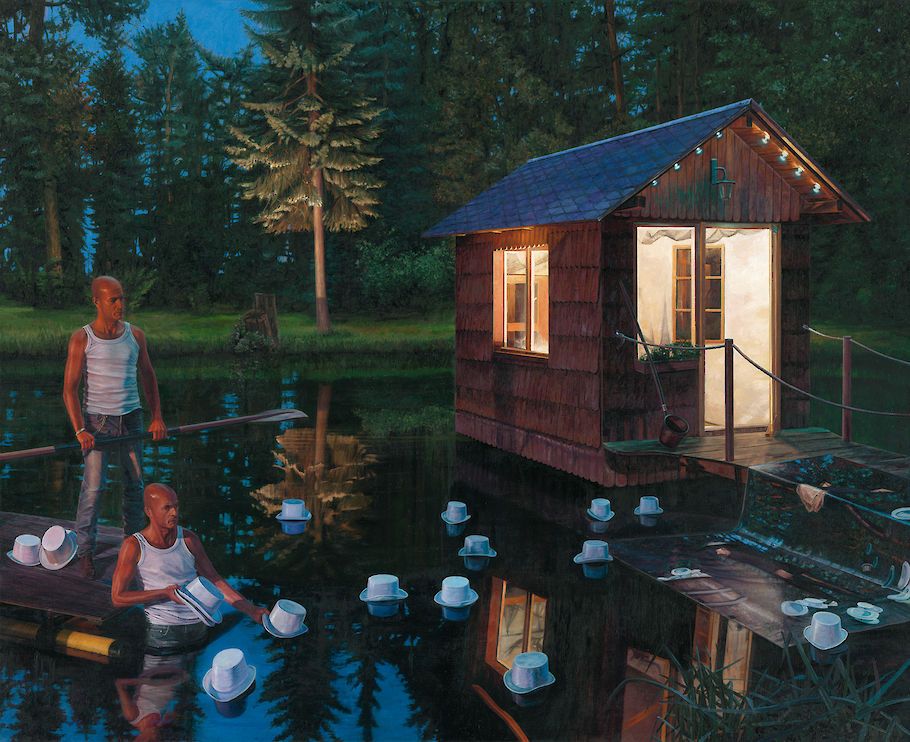 „I painted the first steps for this painting ten years ago“ says Aris. „When the project of a collaboration became more precilsely.“ This duration becomes coherent, if you look at the way the Leipzig artist with Greek roots normally works. It can take him two of three months to finish a painting. And he works on one at a time only. Having finished one, he needs to clear his mind again. „So firstly, I look for void. I can only work if I feel this hundred percent impulse of joy. Feeling this void and hesitating and waiting is important to get to where you have never been before. When I feel this moment of joy then, I must paint. The idea is initially followed by the search for a place, some backround he then photographs. The photographs he then pins above his bed, speculates about the possibilities, creates an imaginery scene always including people at the end, takes several pictures of them. He does. however, not arrange the picture in a photographically realistic manner. „Because I am not interested in illustrating reality. But to perceive reality and to convert it into something that exceeds reality, that is my approach as painter.“

The joint painting shows a man in a thick hooded coat, sled dogs by his side. Whit a masking tape, Aris defines the sections Christian should prime for a start - using a thick brush. An easy job for an actor. Then some translucent glaze is applied. „Use a bit less glaze“ Aris recommends „and try to work out more structure. Christian spreads the translucent glaze with a brush and a rag. His enthusiasm is growing steadily. „The background is intense, like a unruly landscape, which creates a lot of great tension in the painting.“

He continues to work. Aris grins: „From a distance, one might think you are obsessed with cleaning.“ Now it gets a little harder. Christian ought to carve out the separation between the legs by using black oil-color. He mixes the glaze himselfs and starts with his work. „ It‘s like the fulfillment of a child‘s dream, the movement helps you to get out of the subconscious. That‘s great!“ He painted a strong line. Aris is impressed. „ What is your daily rate again?“ Christian is still captivated by his actions. „When you are painting, you can directly see the effects of what you are just doing.“

„That‘s true“, Aris nods. „It‘s relentless“ To him the painting‘s motif - the shepherd, the seeker - is also an important metaphor for him as a painter. „One who values what has already been achieved, but constantly searches for something higher, something better. And thereby gets disappointed from time to time. What does not keep his from using lanes and byways. A painting that was planned long beforehand, this is where I believe I have my strengtths. My seriousness also has to do with a society that gets more banal and trivial, at least it is tapestried that way. Art can make an alternative draft here. This could also be the recipe for success or the reason why interest in art has grown so strong over the last years.

Christian could not agree more. „What I am experiencing today and what distracts me from art, and that‘s a general trend in soceity, is that there are fewer and fewer shifts to either up or down. There is some kind of constany which is also leading to a conformity. Only a few pieces of art really offer resistance. However, this one of art‘s approaches. To create a counter world, a counter image. Often the image can only be created with the help of a counter image. 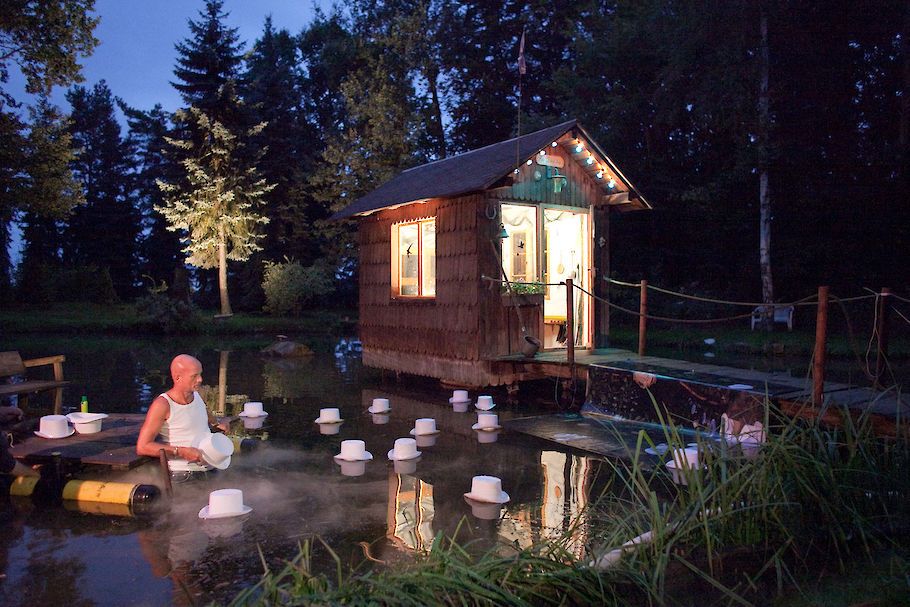 Christian Berkel on Stage in Klinga 2010

Born in Berlin, Germany, in 1957. The son of a military doctor and a Jewish German mother became well known through Oliver Hirschbiegel‘s „The Experiment“, „The Downfall“ and Quentin Tarantino‘s „Inglourious Basterds“. As a actor with just 19 years he played in Ingmar Bergman‘s drama „The Serpent‘s Egg“. He is married with actress Andrea Sawatzki. Both are living in Berlin.